10 Images of Where Children Sleep Around the World.

There’s really so much on facebook that i have to admit, i often just take a quick glance and move on. Once in a while, though, something gets shared across those “waves” that just hits me BAM! Yesterday was one of those days. A picture of a young boy with the title, 10 Images of Where Children Sleep Around the World, caught my eye. So profound, and its been mulling about my mind ever since.

We all know that kids can just be so honest… they haven’t had a chance for society to install “filters” on them!  What i saw in these kids eyes, though, was a different kind of honesty. Pretty raw…many of their short lives already filled with so much more hardship and pain than the majority of us will ever face. AND…on some, a deep sense of resilience and pride.  They say eyes are the windows to the soul. Can’t say i argue after seeing these children.

The images come from a book, Where the Children Sleep by James Mollison. Brilliant. The book was intended for both children and adults…i love that. The space in which we sleep is, indeed, a reflection of our culture to a huge degree, isn’t it?

“From the start, I didn’t want it just to be about ‘needy children’ in the developing world, but rather something more inclusive, about children from all types of situations. It seemed to make sense to photograph the children themselves, too, but separately from their bedrooms, using a neutral background.” ~ James Mollison

After looking at the images, i thought how can i just “file” it away and continue on? That’s the hard and frustrating part. I have to admit, i thought of my kids rooms and felt a tinge (ok, a massive pang) of embarrassment. How often do i go on rants about how messy/unorganized their spaces are, how they don’t respect what they have…and then continue on to buying them more things?? What is too much? The other issue i wrestle with, is how HOW can we open our kids’ eyes to take note of the big world out there? To not only realize how fortunate they are,  but to help them acknowledge the differences and help them develop a move to action in some way, shape or form. Well, i guess the first step is to show them these images. And start talking.

All of these images are the property of James Mollison, both the photographer and author of this book, which can be purchased on Amazon. I, for one, would LOVE this book…

The blog, www.listverse.com so succinctly displayed the images with a short bio. Thanks to them for sharing. 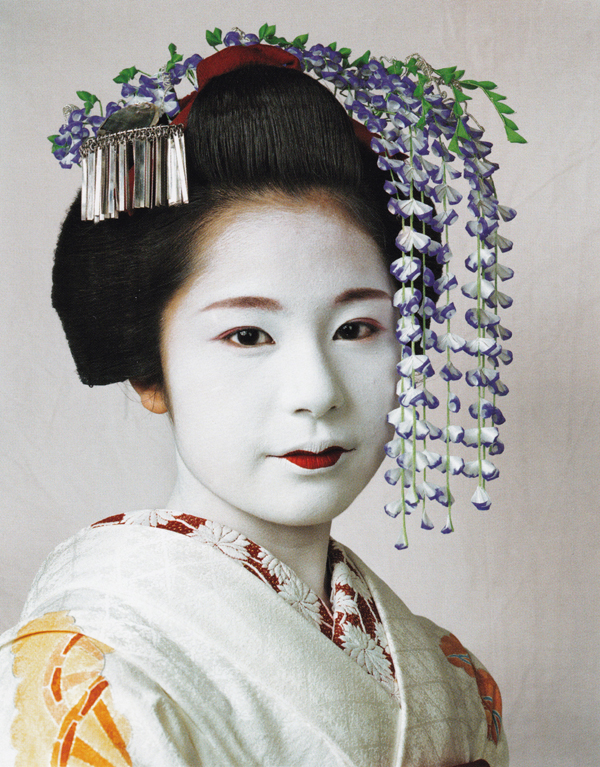 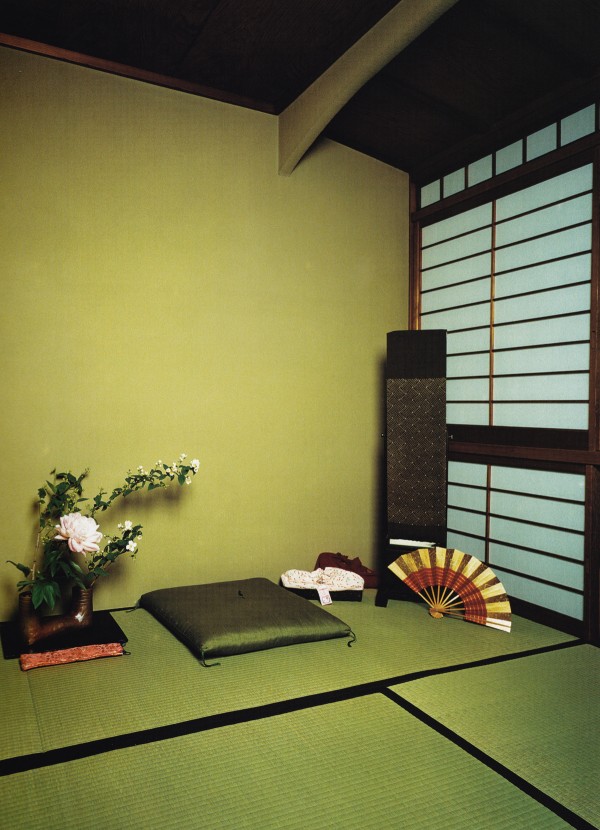 Risa lives with thirteen women in a teahouse in Kyoto where she is training to be a geisha. She chose to train as a geisha after watching them on TV. She trains every day for hours practising tea-making, elocution, singing, and dancing. She is the youngest maiko (someone who has passed the test to train as a geisha) in Japan. She has two days holiday each month.

Dong shares a room with his sisters and parents. His family owns just enough land to provide rice and sugar cane. Dong gets a free education because he lives in the country but his parents have to pay for his uniform and tuition. When he grows up, Dong wants to be a policeman so he can ‘catch thieves’.

Alex doesn’t go to school; he spends his days begging on the streets. He also makes a living stealing from old people or people sitting in cars waiting at street lights. He is addicted to sniffing glue and sleeps mostly outside on an empty bench or an abandoned sofa. He visits his family occasionally to share a meal with them.

This boy (who remains anonymous for his own safety) was a child soldier during the way in Liberia. He became a soldier because the offer of food and money was too hard to refuse. He goes to a school for ex-child-soldiers. He is an orphan and has three brothers. He wants to be a teacher when he grows up. 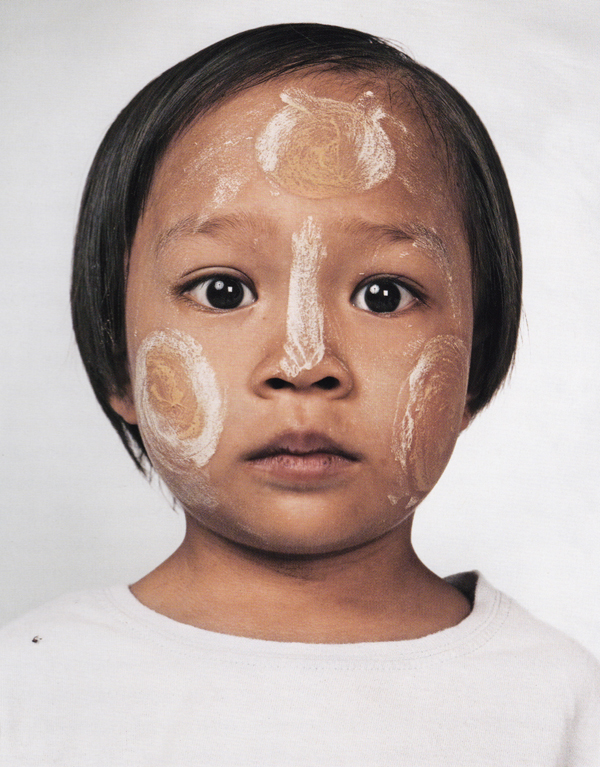 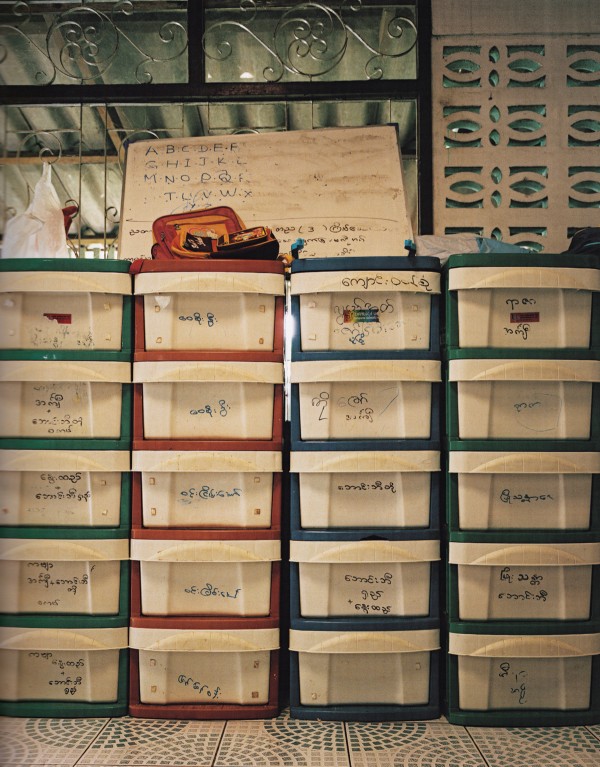 Lay Lay is Burmese but she lives in Thailand as a refugee. She is an orphan and lives in an orphanage which has two rooms – classrooms by day and bedrooms by night. At night the tables are pushed to the side to make the bedroom shared by twenty-one other children of her age. Each child has a small box to keep their belongings in; in Lay Lay’s case this is just a few items of clothing.

Yiftach lives in an impressive wooden home built by his father, a Jewish Zionist who believes that the land was a gift to them from God. Yiftach enjoys studying solar energy and nature and when he grows up he wants to be a pilot in the Israeli army. His father carries a gun at all times because he believes his children are not safe from the Palestinians who live nearby. 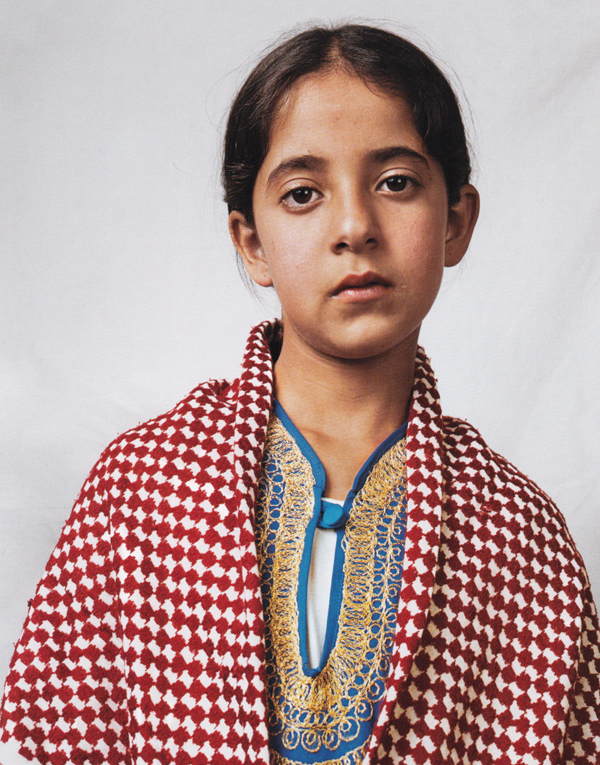 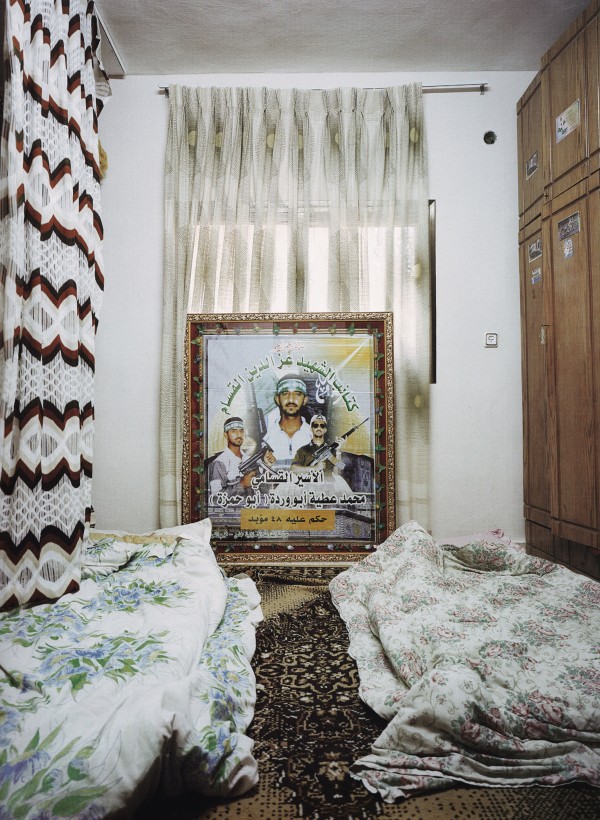 Douha lives in a Palestinian refugee camp because her brother Mohammed killed himself and twenty-three civilians in a suicide bomb attack against the Israelis. The Israeli government punished Douha and her family for his attack by destroying their family home and all their possessions. Douha keeps a poster of her brother on her bedroom wall.

Netu was sent from her home in India to live with her aunt in Nepal because they could not afford the food to survive. Netu’s aunt is not much better off so Netu begs for food everyday. She seldom makes any money as only tourists offer help. Her home is a shack made from plastic sheets which is four meters by six; she shares her home with eleven others.

Roathy and his family live in a huge rubbish dump. They re-use whatever rubbish they can find to live on; Roathy’s bed is made from old tires. The dump is swarming with flies which swirl around the five thousand people who live, work, and pay rent there. Mostly the inhabitants scavenge old bottles and tins to sell to a recycling company. 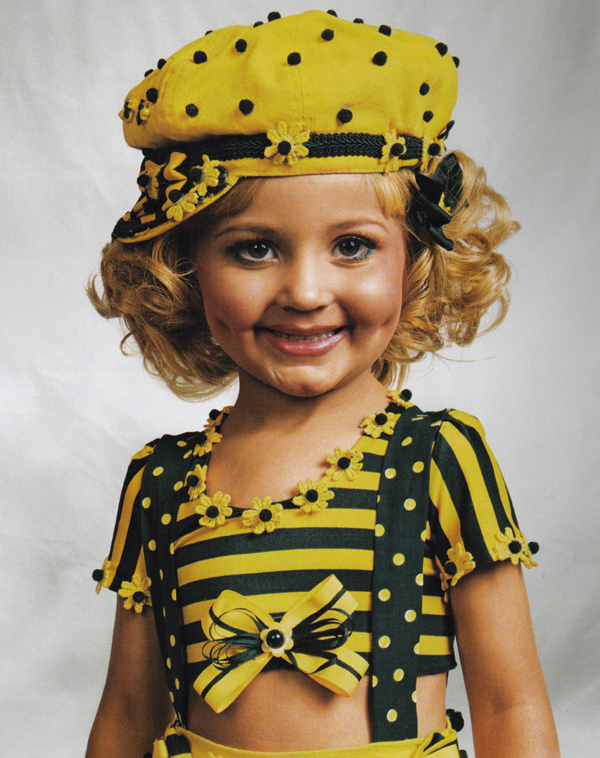 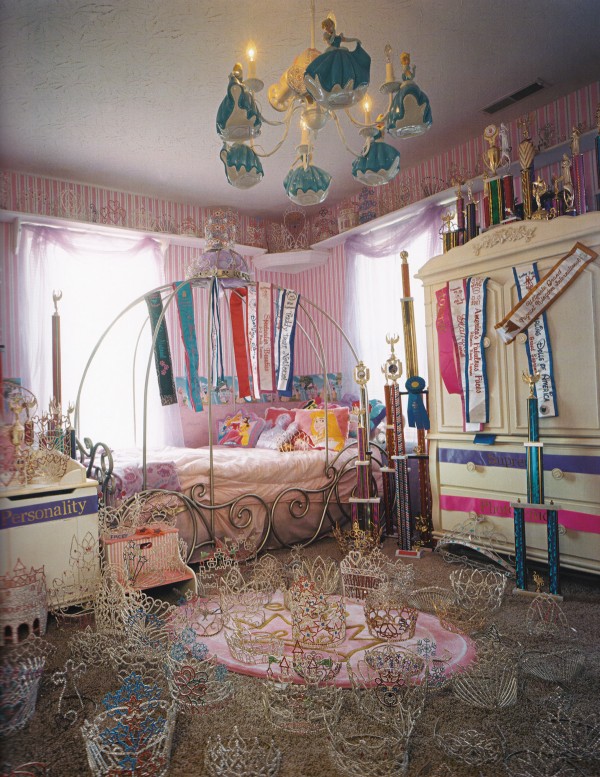 Jasmine, who prefers to be called “Jazzy” lives with her parents and three brothers in a large house in the countryside. Her room is full of crowns and sashes she has won in child beauty pageants. She attends a pageant every weekend at the cost of $1,000 per event. She loves being treated like a princess. When she grows up, Jazzy would like to be a rock star.

I love when a photograph can resonate so strongly…to almost awaken me from a sort of “tunnel vision” slumber !  The world is so much bigger than the little slice of what we see on an everyday basis. So tell me, what are you thinking after seeing where these children sleep?